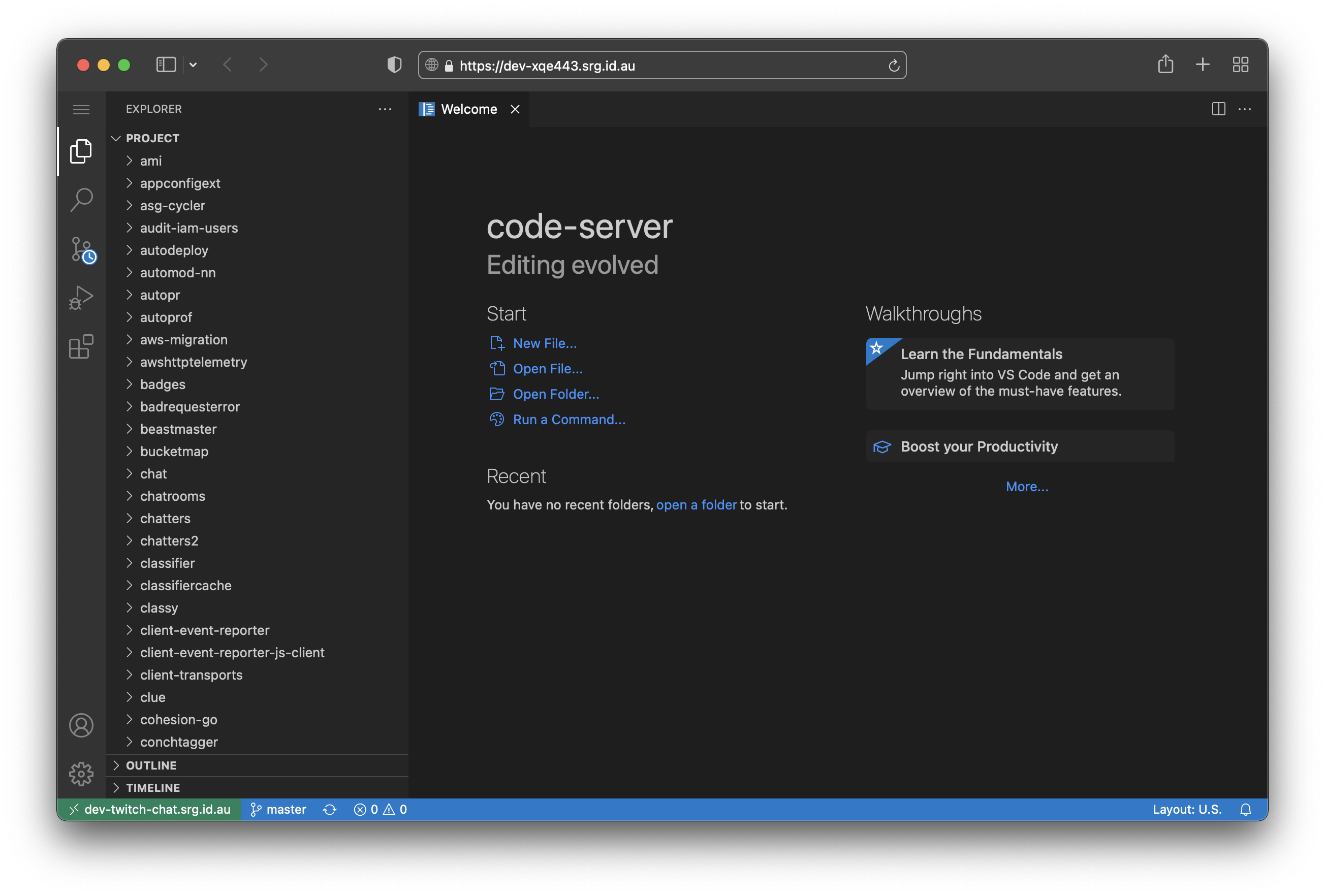 DevPlatform is a management and provisioning system for development environments run in the cloud.

It can handle provisioning, customisation, and deprovisioning of environments in multiple GCP regions, including providing build commands and custom content to preload.

Environments are accessible through a web URL and secured with Cloudflare Access, enabling login via identity providers such as Microsoft (Azure AD) and Google.

DevPlatform was created as an internal tool for myself. While I develop many projects locally, some require advanced computing, storage, or networking capacity in the development stage that would be infeasible to provide locally.

I needed a platform that could:

This year especially has seen the improvement and popularisation of remote development platforms as a mainstream DevOps solution. Some products that already existed that fulfilled part of the requirements were: 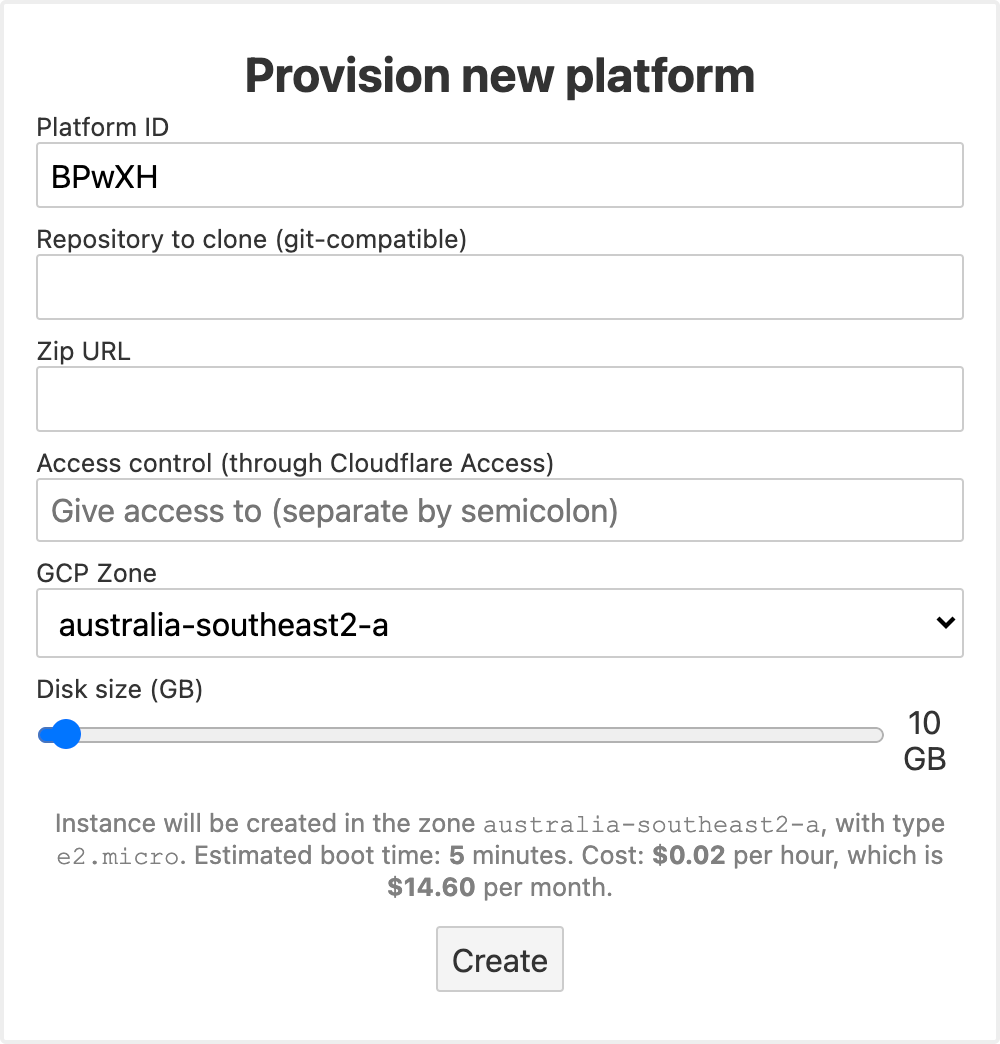 New development platforms can be created with varying startup configurations.

Any existing environment can be:

Information about the environment such as external IP, zone, machine type, machine status and disk size is easily visible.

Logging into the management console 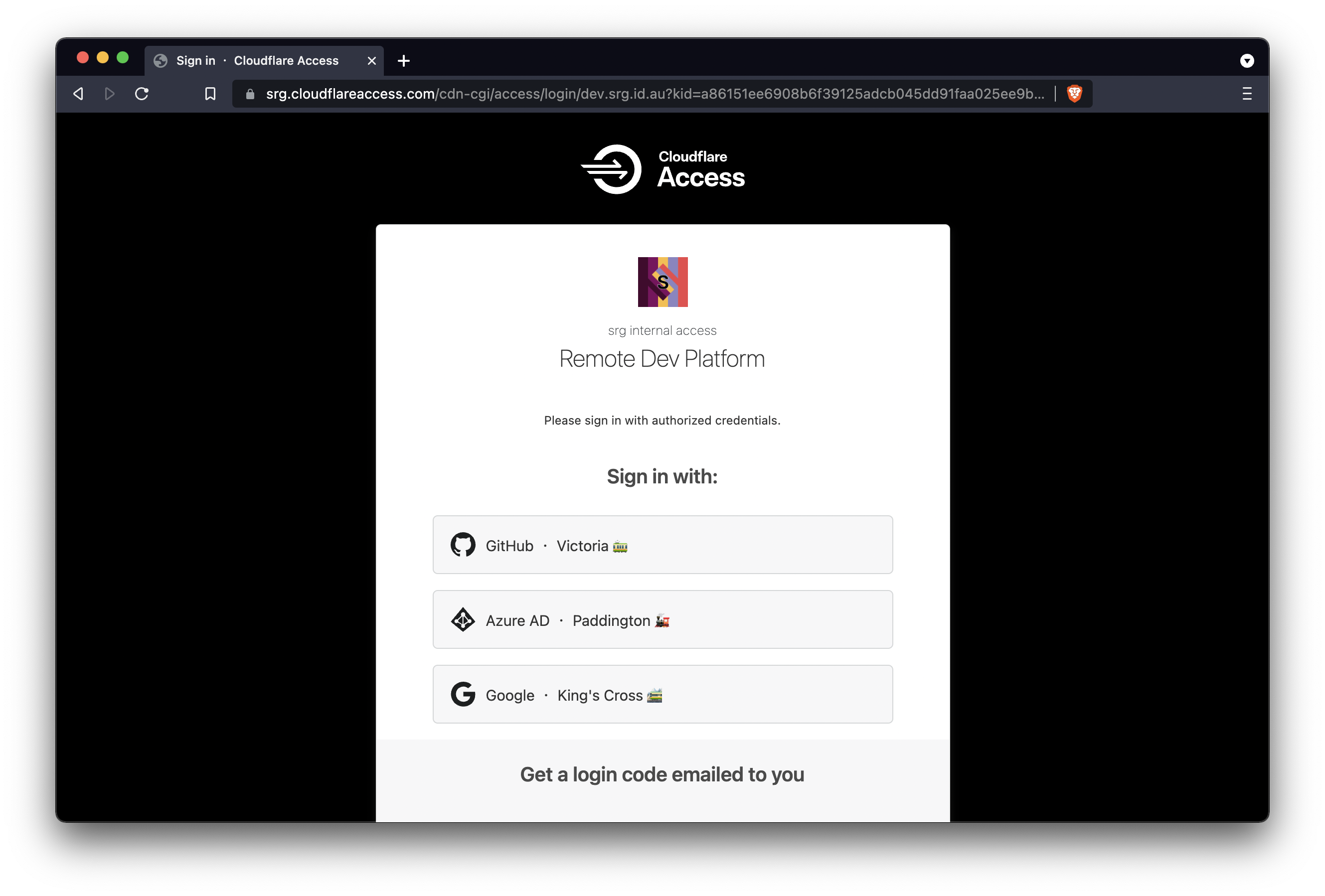 Logging into an environment 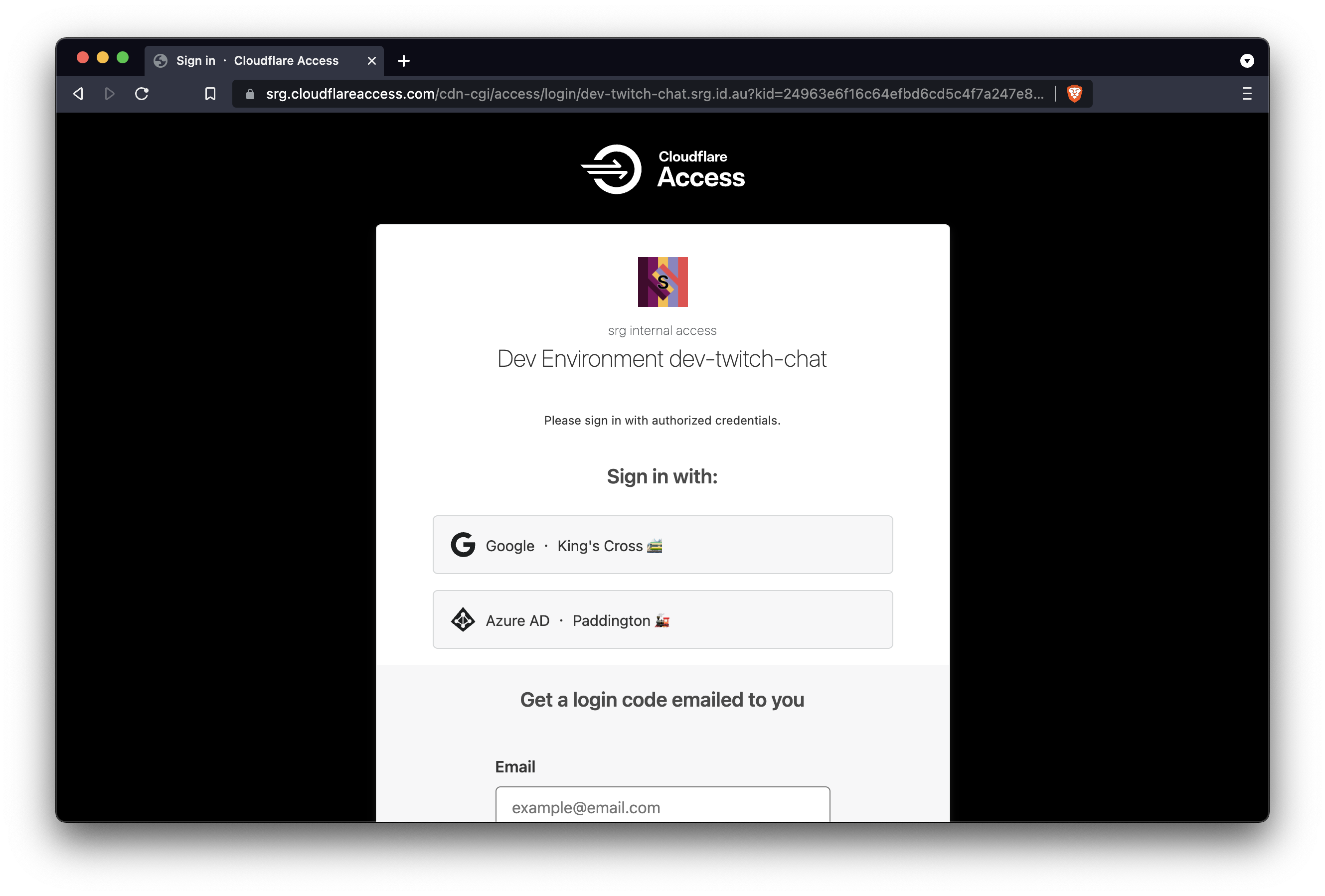 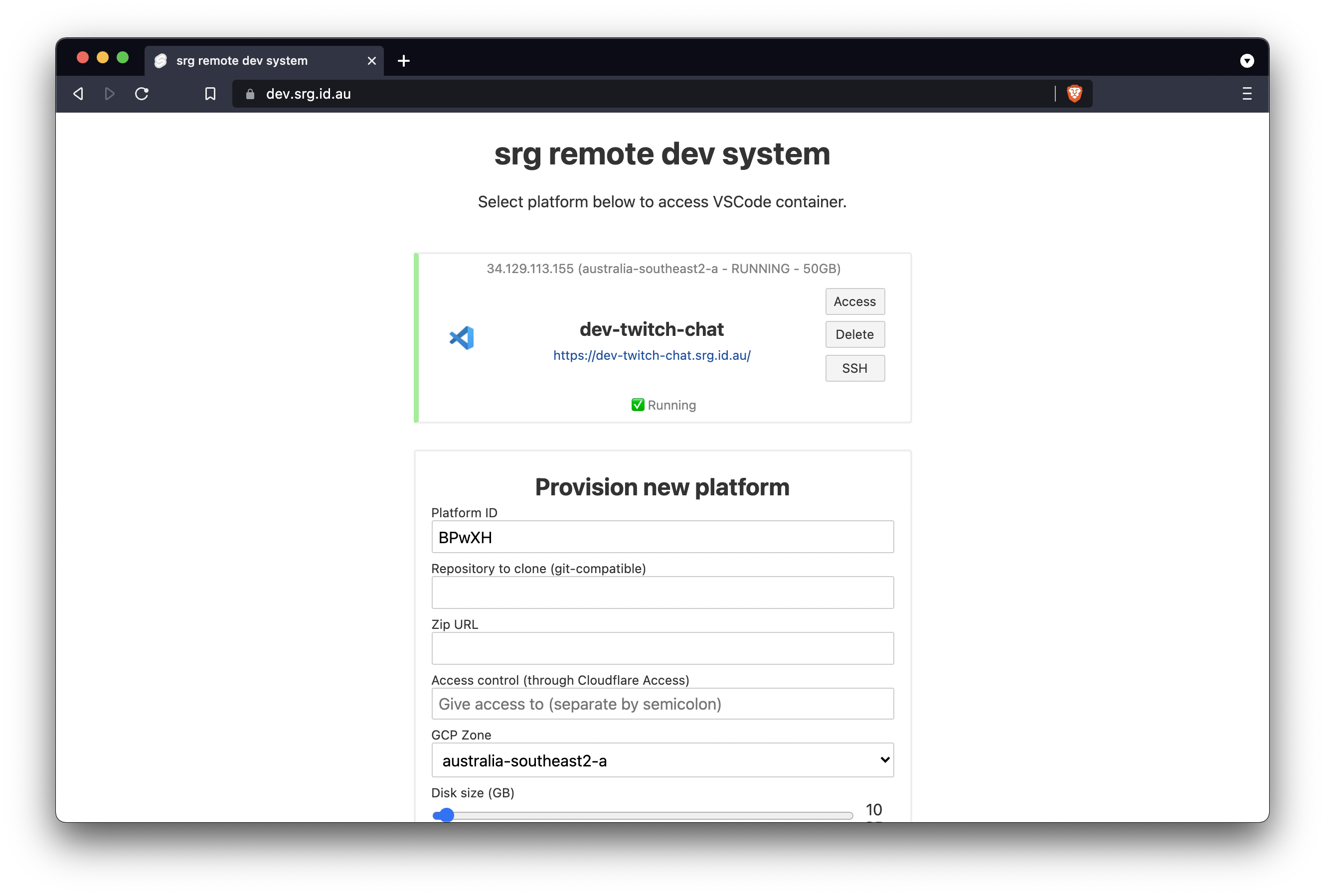